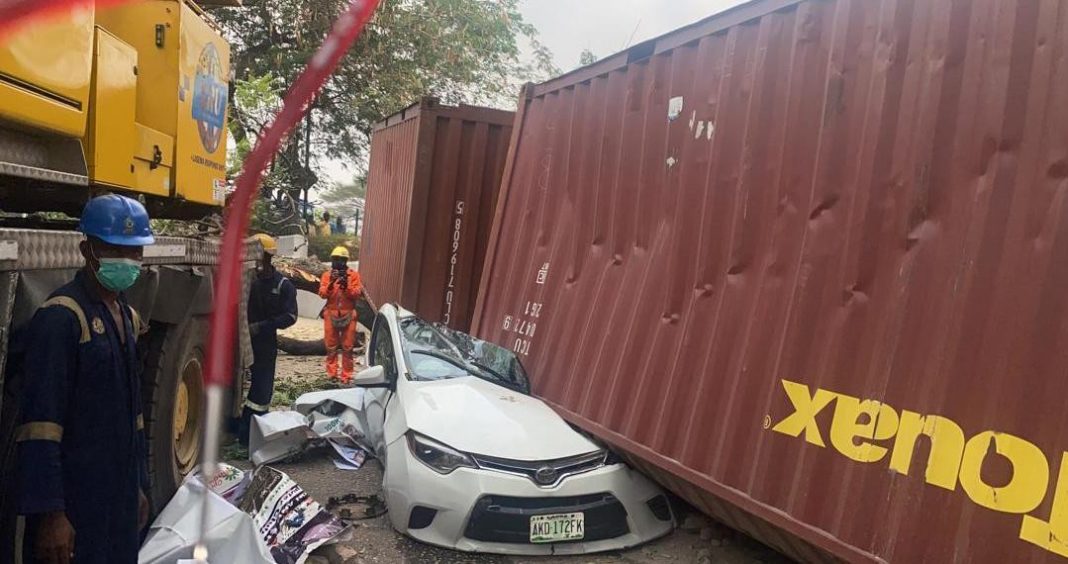 According to reports, on Sunday, a 40- foot container crushed two vehicles on Otedola Bridge, leaving one person dead and others injured.

“LASEMA, in a just-concluded operation involving one fatality, rescued a seriously-injured truck driver at the Otedola bridge incident scene this morning, July 18.

“The yet-to-be-identified injured truck driver conveying the 40-foot container that crushed two vehicles which left one driver dead was hurriedly ferried to the trauma centre.

“Remains of the late driver of one of the vehicles, one Mr Lawal, have been claimed by his relatives, as the agency worked assiduously to evacuate all impediments from the road,”

“One adult male lost his life, while the driver of the container truck sustained serious injuries and has been rushed to the Lagos Trauma Centre.

“The affected vehicles have been evacuated off the road with the agency’s light and heavy duty equipment,”