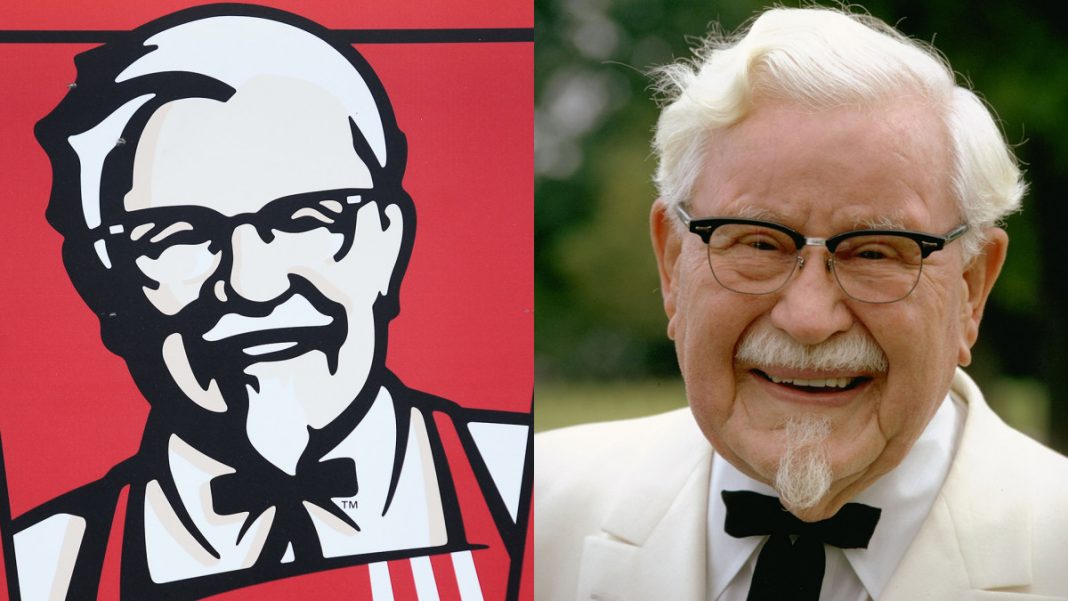 Harland David Sanders was born on September 9, 1890, in Henryville, Indiana. After his father died when he was 6 years old, Sanders became responsible for feeding and taking care of his younger brother and sister. Beginning at an early age, he held down numerous jobs, including farmer, streetcar conductor, railroad fireman and insurance salesman.

At age 40, Sanders was running a service station in Kentucky, where he would also feed hungry travelers. Sanders eventually moved his operation to a restaurant across the street and featured a fried chicken so notable that he was named a Kentucky colonel in 1935 by Governor Ruby Laffoon.

However, below are Five things you probably didn’t know about Kentucky Fried Chicken:

1.) PETE HARMAN IS NEARLY AS IMPORTANT AS COLONEL SANDERS IN KFC HISTORY

In 1952, while passing through Salt Lake City, Sanders met a man by the name of Pete Harman who owned a successful burger joint called the Do Drop Inn.

Sanders successfully convinced and persuaded Harman to become his first franchisee, and soon after, Sanders’ chicken was being sold at the restaurant.

Along the years, as Sanders and Harman worked together to bring about a successful franchise system ( complete with training manuals and product guides e.t.c), Harman contributed a Legendary idea which is ‘The Bucket Meal’ and the motto “It’s finger-lickin’ good” in 1957.

2.) IT INTRODUCED CHICKEN TO THE FAST FOOD INDUSTRY

Fried chicken was never thought as Fast Food because it wasnt Fast, fast food was synonymous with hamburgers and fries, and chicken was traditionally home-cooked or eaten at family-style restaurants until KFC came along.

3.) THE COMPANY GOES THE EXTRA MILE TO GUARD THE ‘ORIGINAL RECIPE’

The blend of 11 herbs and spices that went into Sanders’ original fried chicken recipe is still in use today, and its components remain a mystery.

Although many have tried to ascertain or rather decipher the recipe, it still remains a mystery as Sanders-signed copy of the recipe is inside a vault in KFC’s Louisville headquarters, and even the manufacturers don’t know what goes into it: Half of the mix is made by Griffith Laboratories, and then it’s sent to McCormick, where the rest is added.

4.) THERE ARE MORE THAN 300 KFC MENU ITEMS WORLDWIDE

The menu at the local KFC varies drastically depending what part of the world you are in.

For example, in Japan, Jamaica, and other island countries, fried seafood is sold as “Colonel’s Catch”; onion rings are sold in many countries; congee and tree fungus salad are on the menu in China; you can buy spaghetti at Indonesian locations; and a chickpea burger can be found in India.

5.) THE MENU AND TASTE OF THE CHICKEN VARIES FROM REGION TO REGION

Different frying oils are used in different regions, including sunflower, soybean, canola, and palm oil, which can subtly alter the flavor of the finished product. Whether the chicken is corn-fed or wheat-fed also affects the flavor.