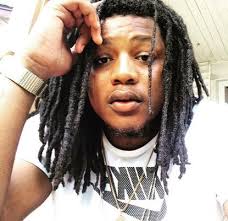 FBG Duck rose to stardom with the Fly Boy Gang, and broke out in 2017 with a hit single, “Slide.”

He was shot dead in a drive-by shooting while shopping on Tuesday.

According to reports, two vehicles pulled up in front of a store, a pair of shooters appeared from each vehicle before opening fire on three victims.

Tom Ahern, Chicago Police Spokesperson confirmed the incident saying that the rapper was shot in the chest, groin and neck.