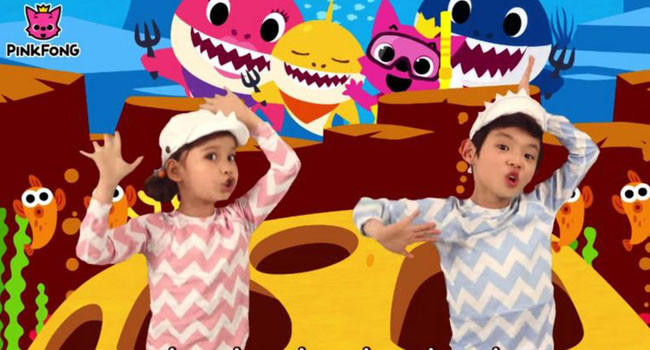 Baby Shark, the catchy children’s rhyme recorded by South Korean company Pinkfong, has become the most-watched video ever on YouTube.

The South Korea-produced song which has gone from the realm of children’s YouTube to a global viral sensation with a catchy and addictive melody buoyed by a hypnotically colorful video dethroned Luis Fonsi and Daddy Yankee’s “Despacito” as the most-watched video on the platform with 7.04bn views on Monday, November 2.

BBC reported that Pinkfong might have made about $5.2m (£4m) from YouTube streams alone. Though it took four years for Baby Shark to ascend to the top of YouTube’s most-played chart, the song is actually much older than that.

It is thought to have originated in US summer camps in the 1970s. One theory says it was invented in 1975, as Steven Spielberg’s Jaws became a box office smash around the world. Its YouTube success paved its route into the global music charts, reaching the number 32 spot on US Billboard Hot 100 in January 2019 and No 6 on the UK singles chart.