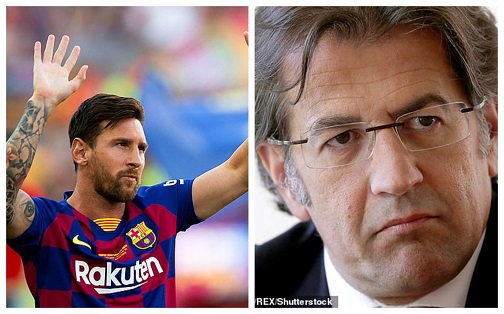 Barcelona presidential candidate Toni Freixa has given his full backing to coach Ronald Koeman but would provide no assurances with regard to Lionel Messi’s future at the club.

The jockeying for position is underway ahead of the vote for the club’s new president, with the majority basing their campaigns on assuring fans that Messi will remain at Camp Nou.

Messi is free to talk to other clubs outside of Spain from January 1, with his current deal to expire next summer, and both Jordi Farre and Victor Font have said in recent days that they confidently expect the Argentina international to remain at the club if they are given the top job.

Given Messi’s importance and links to the club, that is a sensible stance to take. Freixa has adopted a slightly different tone, saying he does not want to talk about the player’s future.

“Messi is one more piece of the team and we believe that commenting on questions about what he did, what he does or what he will do, does not do him or the team any good,” Freixa told Goal.

“Messi is a fundamental piece of the team and I want things to go as well as possible but I don’t think that constantly talking about it will help anyone.”

Koeman is under increasing pressure with Barca struggling in La Liga, and they were beaten to top spot in their Champions League qualification group after losing to Juventus earlier this week.

Should Freixa be appointed as club president on January 24, the Dutchman can rest assured that his position is safe.

ALSO READ:  Zlatan Ibrahimovic And Romelu Lukaku Fined £7,000 For 'Unsportsmanlike Conduct With Provocative Expressions' During Their Milan Derby Beat Down

“I was the first to say it even when other candidates mentioned other names,” Freixa said in reference to Koeman’s position at the club. “I did it for two reasons. First, because Koeman is an indisputable figure of Barcelona and has shown his feelings for the club by accepting the job at such a difficult time.

“And second, because I believe that giving tranquility and stability to the coach is good for the club.

“In previous periods of our history, [Josep Lluis] Nunez gave continuity to Johan Cruyff after a difficult first few years, just like [Joan] Laporta gave it to Frank Rijkaard. I think now is another complicated moment and the club needs stability.

“Koeman can embody that stability. I am pleased that the rest of the candidates are already in agreement.”