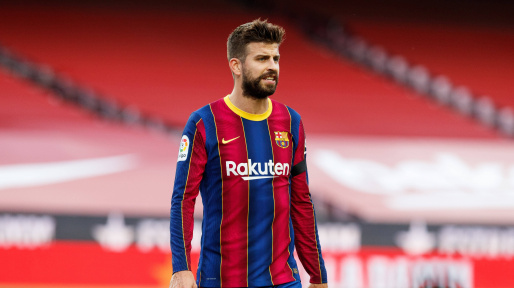 Barcelona may have secured the future of Lionel Messi, who has signed a new five-year deal, but they are facing a difficult summer as they look to slash their wage bill.

The club has to cut costs to get under La Liga’s salary cap and it is reported that Gerard Pique, Sergio Busquets, Sergi Roberto, and Jordi Alba will all be asked to reduce their salaries.

Barcelona is reportedly set to start talks this week with several key first-team players over reducing their wages.
Barca is working to slash their wage costs as they look to fit in with La Liga’s reduced salary cap for the 2021/22 season.
Lionel Messi has agreed to a 50 percent reduction to his wages and looks set to sign a new five-year deal after becoming a free agent at the start of the month.