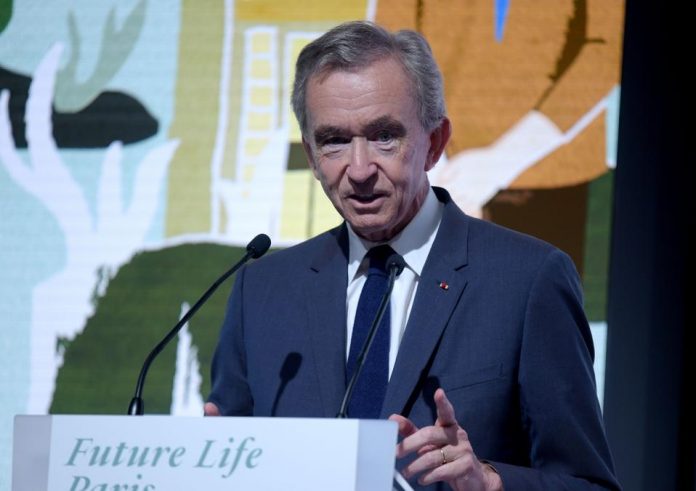 Bernard Arnault, the French fashion tycoon, is currently the world’s richest man, with a net worth of $186.3 billion

During the first hours of trading on Monday, May 24, the chief executive of Mot Hennessy Louis Vuitton (LVMH) witnessed his luxury goods firm’s shares rise by 0.4%.

According to Forbes, the increase increased Arnault’s personal shareholding by more than $600 million and increased LVMH’s market valuation to $320 billion.
Arnault’s total net worth increased to $186.3 billion, edging out Amazon CEO Jeff Bezos, who is worth $186 billion, by a mere $300 million on the world’s rich list.
It comes only days after Arnault dethroned Elon Musk, valued at $147.3 billion, as the world’s second-richest man When Tesla’s stock price plummeted

Mali’s President And Prime Minister Detained By The Military

“My Microwave Has Enough Money To Buy Davido’s Car And Still Have Change.” – NBA Geeboy And Singer Brags

“You Are A Disgrace,” Rosy Meurer Said In Response To Comment About Ladies And Marital Urgency