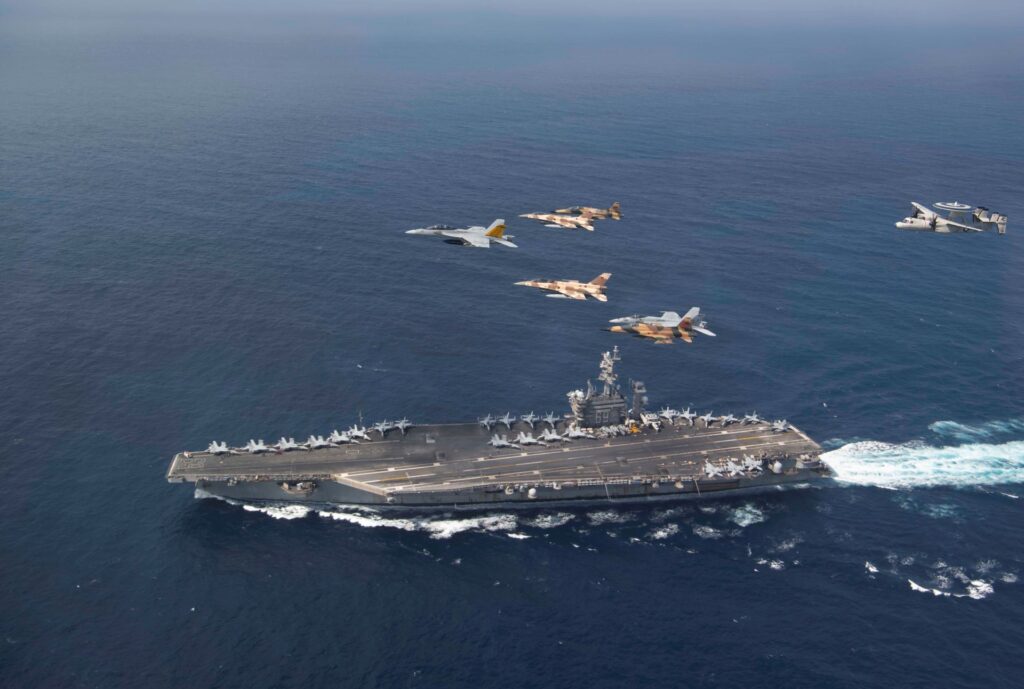 UK Defense Ministry has declared that its  largest naval flotilla and strike force assembled by Britain since 1983 will sail in May on a months’ long voyage through the Pacific.

According to the Minister, the aim of this action is to establish a deeper UK security role in the region, with exercises planned alongside India, Japan and South Korea as well as US forces in the region.

The Ministry in a statement said that the aircraft carrier HMS Queen Elizabeth will lead the strike group, joining the carrier will be two destroyers, two anti-submarine frigates, a submarine and two auxiliary supply ships.

“When our Carrier Strike Group (CSG) sets sail next month, it will be flying the flag for Global Britain — projecting our influence, signaling our power, engaging with our friends and reaffirming our commitment to addressing the security challenges of today and tomorrow,”

“The UK is not stepping back but sailing forth to play an active role in shaping the international system of the 21st century,”

The  United States Navy guided-missile destroyer will sail with the group as well as a frigate from the Netherlands that will focus on air defense.

The International Institute for Strategic Studies says the UK carrier strike group “will be the most capable flotilla deployed by a single European navy in recent years.”

“While it will not replicate a US Navy carrier strike group, it will probably be closer to it than anything else that is currently deployable” by any other naval force