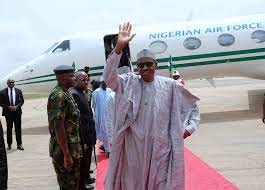 Members of the Senate Committee have stated that President Buhari and other top Officials are not supposed to be going on Foreign medical trips.

The statement was made when Tijani Umar, State House Permanent Secretary, appeared before the panel on Thursday to defend the 2021 budget estimates for the statehouse.

It demanded that the State House clinic should be made functional, effective from next year.

Senator La’ah who assured the State House Permanent Secretary that the budget of N19.7 billion for 2021, out of which N1.3 billion was proposed for the State House Clinic would be approved by his Committee, however, said President and other top officials of his administration should review their incessant medical trips.

After defending the budget, Umar speaking with newsmen said proper measures would be taken to meet the medical need of Mr. President and other top Government officials within the country once the budget is approved

ALSO READ:  ' We Are Saddened At This Colossal Loss Of Lives'- Buhari Mourns Victims Of Ebonyi River Tragedy