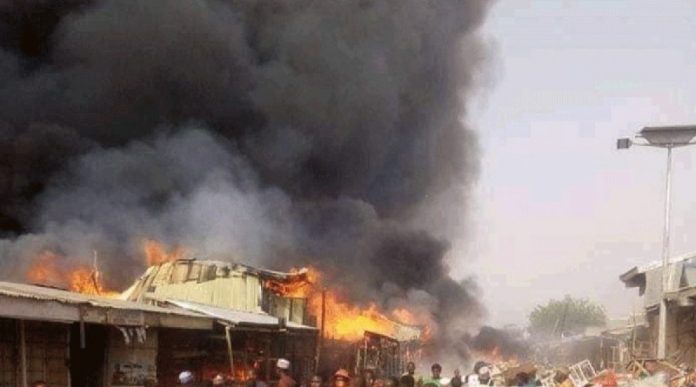 According to reports, Cairo market in Oshodi, Lagos State was gutted by fire at night on Thursday night, May 6.

Although the cause of the fire is yet unknown but efforts have been made to put out the fire which affected the textile section of the market.

“Upon arrival at the scene of incident, it was observed that some shops were on fire. The cause of the fire is unknown as at the time of writing this report.
LRT, LRU Fire & LASG Fire are responders at the scene.

“The fire has been put out by the combined efforts of the responders. Damping down ongoing. No casualties recorded.”

ALSO READ:  Pastor Chris Oyakhilome make Uturn on his comment about 5G and part of the Antichrist's plan, says he was only concerned about its health implication (video)