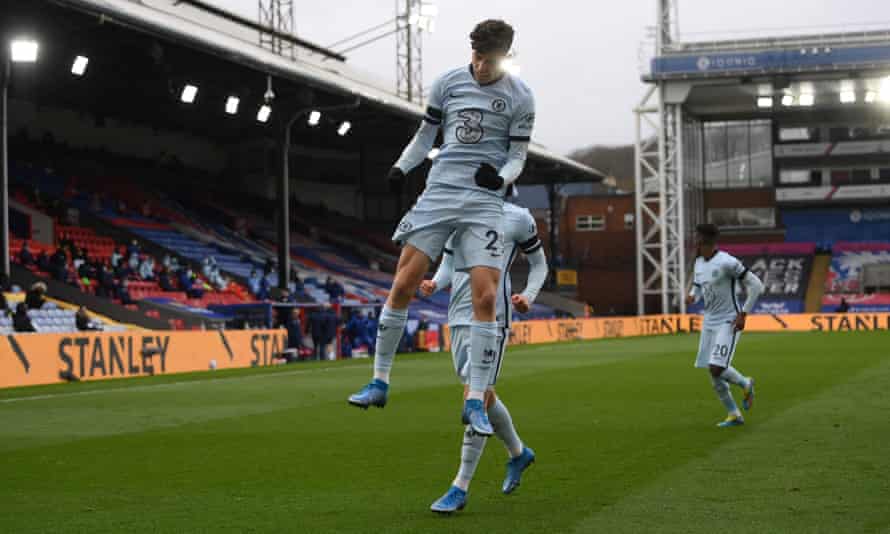 On Friday, April 9, Chelsea’s 4- 1 win over Crystal Palace pushed it back to fourth on the Premier League table.

The game started off so quick with Chelsea scoring 2 goals in the first 10 mins of the game and by the 30th min, Chelsea had scored 3 goals.

In succession, Kai Havertz  put the ball into the net from an angle, while the second goal was by Christian Pulisic shortly after Kai and Kurt Zouma added Chelsea’s from a Mason Mount free-kick.

Few mins past the hour mark,  Christian Benteke, Crystal Striker scored one for his club.

From this game, Chelsea has now won seven league games consecutively against Crystal Palace for the first time ever.

Malaria Gave Me The Worst Feeling I Ever Felt In My Life- Arsenal Striker, Aubameyang Opens Up

Jose Mourinho Appointed As Head Coach For AS Roma

Update: Giggs Pleads Not Quilty In First Appearance In Court After Being Charged

Tacha Opens Up On Relationship With Footballer, Kelechi Iheanacho – “The ship Has Been Sailing Long Ago”

Zlatan Ibrahimovic And Romelu Lukaku Fined £7,000 For ‘Unsportsmanlike Conduct With Provocative Expressions’ During Their Milan Derby Beat Down