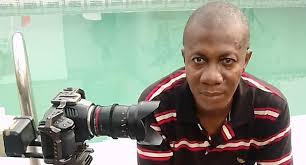 Chico Ejiro was a Nigerian movie director, screenwriter, and producer veteran Actor who is reportedly dead.

He reportedly died in the early hours of today from a seizure. He only just concluded directing his new movie on Christmas Eve.

For many years, he held the record of the Nollywood director with the highest number of released movies.