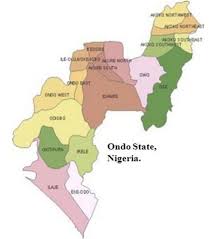 Dr Akintunde Ogunfeyimi, the Chief Medical Director, Ondo State Specialist Hospital, Okitipupa, has appealed to residents to collect corpses of their late ones in the hospital’s morgue or risk mass burial.

The News Agency of Nigeria (NAN) reports that the state government on May 9 gave residents, who still have corpses at the state hospitals’ morgues, one month ultimatum to remove them for burial.

The government said after the expiration of the ultimatum, the corpses would be given mass burial.

Ogunfeyimi told NAN on Wednesday in Okitipupa that the effort of the state government was to decongest the hospital morgues, in order to curb outbreak of diseases in the state, even as the government was battling with COVID-19 pandemic.

He added that residents of Okitipupa were not complying with the ultimatum of the state government as they were taking the directive with levity.

According to him, our hospital morgue is over-congested and needed to be decongested of corpses to avoid another outbreak of diseases.

“As I speak to you, our people are not responding to these directives and ultimatum, but they will begin to rush when the ultimatum is less than a week.

“We are appealing to residents to remove their corpses as we can still give them discounts if they come within the time frame.

“We will not be able to help by the expiration of the one month ultimatum as all corpses will be given mass burial by the state government,’ Ogunfeyimi said.

NAN also reports that the state government has said that only 20 attendees including officiating ministers wearing face masks, would be allowed during the burial.

The government also warned that there would be no church or mosque services during burials.

Also, there must be provision of soaps, water as well as hand sanitisers for attendees, to contian spread of COVID-19.