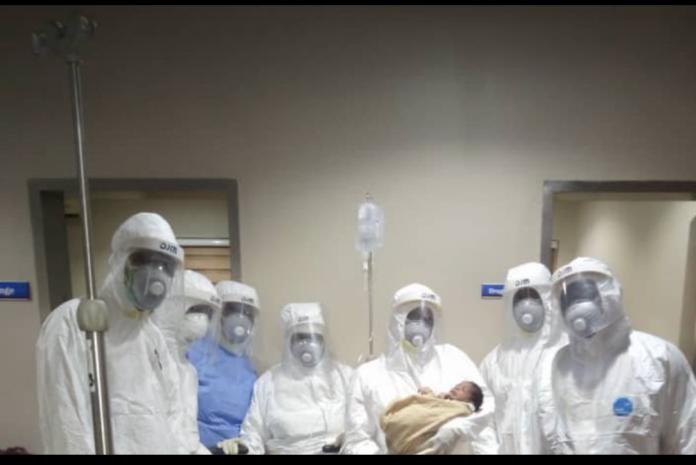 A pregnant woman has been delivered of a baby boy, at the Gbagda isolation center in Lagos, this was made know by the governor of Lagos State Babajide Sanwo-Olu via his Twitter handle on Saturday.

He was delighted to share the news, as he said I bring you good news. A pregnant woman has just be delivered of a baby boy at our Gbagada isolation center. He noted that mother and child are doing well.

Sanwo-Olu also announced that 67 COVID19 patients, have recovered and have been discharged to join the society. These are 22 females, 45 males including 3 foreign nationals: 2 Indians and a Chinese.

Following suit, he also noted that some patients have also being discharged, which are 24 from Mainland Infectious Disease Hospital Yaba, 22 from Onikan, 11 from Agidingbi, 2 from Lekki, and 8 from Lagos Teaching Hospital (LUTH).

He therefore urged citizens, to adhere strictly to the public health directives as this is the only way we can break the chain of transmission of the infection.

ALSO READ:  Sanwo-Olu: I have not purchased an official car since I became Governor