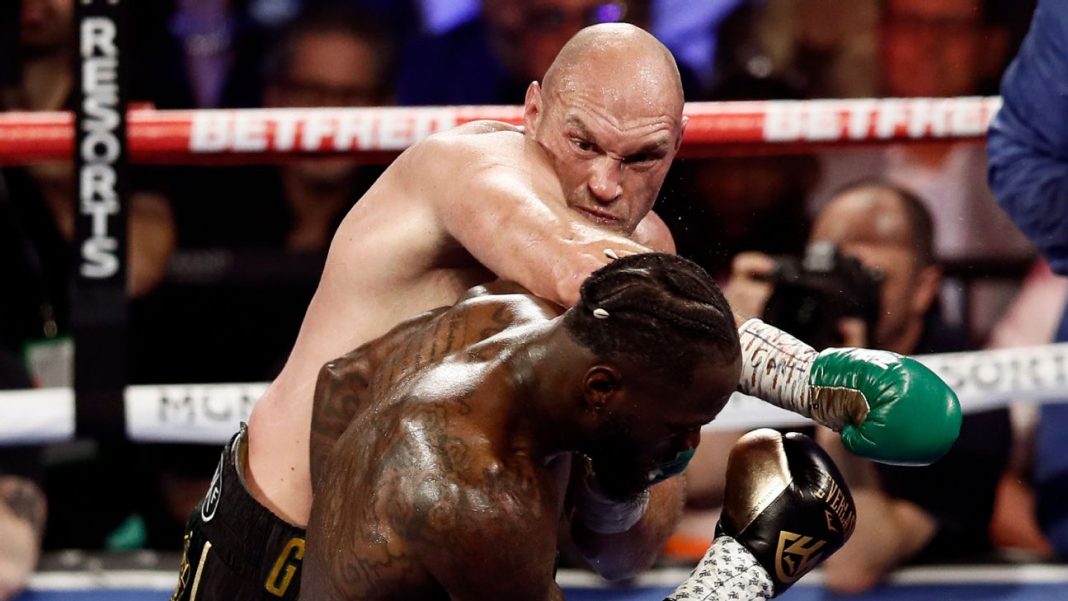 The Gipsy King, Tyson Fury has reportedly contracted the coronavirus with his fight with Deontay Wilder to be rescheduled.

He was due to take on Wilder for a third time on July 24 in Las Vegas before an outbreak of coronavirus hit his camp.

However, his promoter, Top Rank in a statement said;

“We continue to monitor the health status of Tyson and his team and the status of the event has not changed to date.”

Wilder’s team were also far from convinced by the report with coach Malik Scott saying:

“We are getting ready to go to work right now and everything remains the same. We are not going for no bananas in the tail pipe.

“We are dealing with a fighter who says he and [Conor] McGregor are something like best friends and then McGregor says he doesn’t even know the guy. You just never know with Tyson.”

However, according to boxing reporter Dan Rafael, Fury has tested positive for the virus and as a result, the fight has been postponed, with an October date targeted.