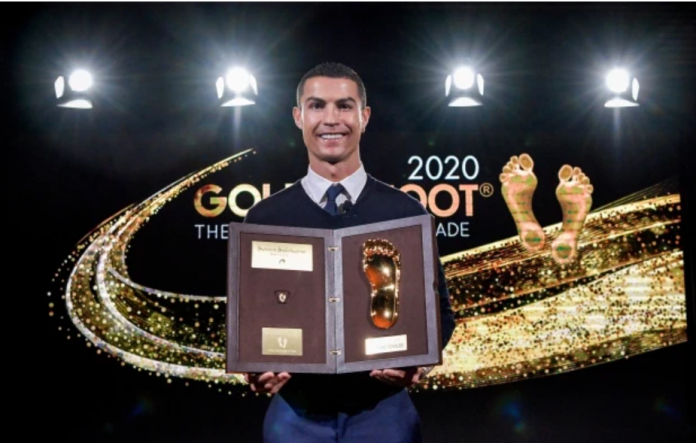 Cristiano Ronaldo has won the Golden Foot award before his arch-rival, Lionel Messi.

The Portuguese and Juventus striker, 35, had another standout season with Juventus winning Serie A title as well as grabbing the top goalscorer award, the Capocannoniere.

Despite Messi winning more Balon d’Or awards than Ronaldo, the Barcelona star has never won the Golden Foot award, which is awarded for active players over the age of 28 and can only be won by a recipient once in their career.

Ronaldo becomes the 17th recipient of the Golden Foot award, which was introduced in 2003.

A dapper Ronaldo was pictured placed his feet in cement and left his signature in the concrete as part of the award tradition.

In a post to Instagram, Ronaldo wrote: ‘I am honored to win the Golden Foot award and to be immortalised on the Champion Promenade in Monaco, together with some of the greatest football legends of all time!

ALSO READ:  Breakdancing added as a new sport for Olympics 2024 to be held in Paris