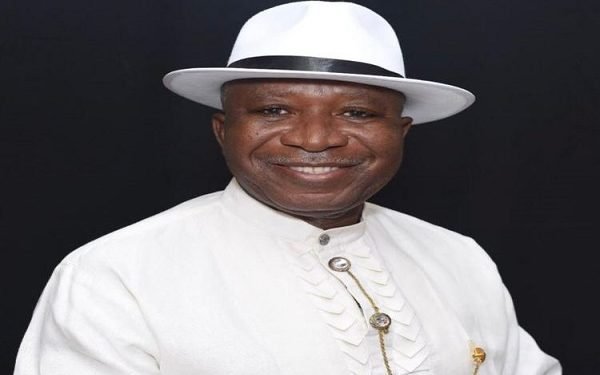 Leaders of the Presidential Amnesty Programme (PAP), the Niger Delta Development Commission (NDDC) and the Ministry of Niger Delta Affairs have held a crucial meeting in Rivers State with prominent ex-agitators to strengthen the peace in the Niger Delta region.

The leaders also agreed to explore a different approach to speed up the development of the region by collaborating in execution of common projects and programmes.

First-class traditional rulers from Rivers and other parts of the Niger Delta region also attended the meeting and resolved to maintain the peace in the Niger Delta.

The stakeholders agreed that such gathering and collaboration in project execution would make the region one of the most desirable places to live and do business.

Dikio said it was high time all sister agencies and stakeholders worked in synergy to develop the region, maintain the peace and create enabling environment for businesses.

He said the meeting afforded them the opportunity to broker peace with the major stakeholders in the region.

Dikio disclosed that though his office inherited many debts, he had started paying them sequentially beginning from 2014.

ALSO READ:  See what Eniola Badmus does to Lose Weight

Dikio said: “Now is the time for all sister agencies and stakeholders within the Niger Delta region to work in synergy to ensure the safety and security of lives and properties and also create an enabling environment for businesses to thrive.

“We brokered peace with major stakeholders in the region. We inherited quite a lot of debts but we have started paying those debts sequentially from 2014.

“As for our scholarship students, we are clearing all the debts. We have issues of students who have partial scholarships and we are working to ensure that the dichotomy does not exist any longer.

“We have a different view about empowerment. We want to ensure that if you say somebody is empowered he is either an entrepreneur, who could stand on his feet or so well-trained that he can compete for any job not because he is from the Niger Delta but because he is qualified to hold an appointment”.

In his remarks, Akpabio said he was overwhelmed by calibre of stakeholders assembled by Ateke Tom especially the presence of first-class chiefs.

The minister insisted that peace was needed to move the region forward explaining that the youths protesting against the appointment of Akwa, who he described as a child of circumstance, as a sole Administrator, NDDC, misunderstood the development.

He said: “Ateke Tom has shocked my delegation today. We were not expecting to see the turnout of all the First Class chiefs in Rivers State and other parts of the Niger Delta. We thought we were just coming to his palace to meet with his colleagues and the generals.

ALSO READ:  See Nigerians reactions to calls made by MURIC for President Buhari to place a travel ban on Trump

“Shockingly we met such creme la de creme of the traditional institutions in the region. It is a wonderful thing that this unity is coming back. We need this peace in the region for us to move ahead.

“President Muhammadu Buhari means well. Peace has returned to the region and I am quite grateful. We must find ways to develop modalities of moving this region forward. We have too many unemployed youths and we must find ways to bring in foreign direct investments and also build industries including small and medium scales industries.

“We are determined to make a difference. I will like to see a bit of uncommon difference in the region. The contractors are fully back to the East West road. They are working very hard and they will deliver the work on time.”