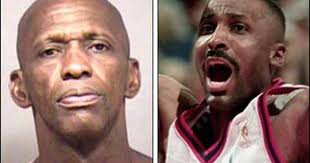 Ex- NBA star, Eddie Johnson aka Fast Eddie has reportedly died in prison while serving a life sentence. He died on the 26th October and his death was confirmed on Tuesday, November 3rd by Rocker-Cusack Mortuary in Leesburg, Florida.

He was nicknamed “Fast Eddie” for his explosive first step and averaged 15.1 points in 10 NBA seasons. He started in the 1980 and 1981 All-Star Games.

However, In 1987, he received a lifetime suspension from the NBA for his cocaine use.

While in 2008, he recieved a mandatory life sentence after he was found guilty of sexually assaulting an 8-year-old girl.

The former NBA star was serving the life sentence at Santa Rosa Correctional Institution in Milton, Florida when an undisclosed illness led to his death.