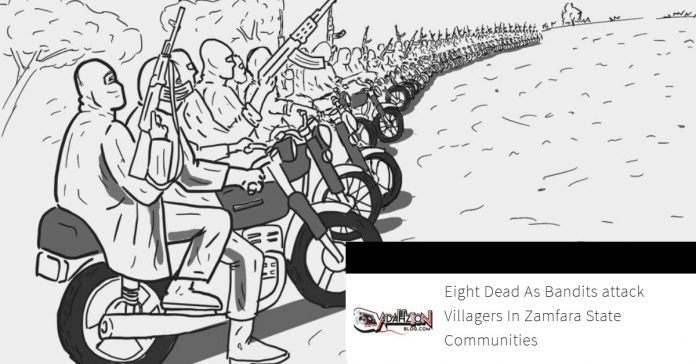 This happened few months after the bandits abducted 40 worshippers, including the Imam in Dutsin Gari village during Friday prayer

Malam Ibro Mamman, an eyewitness, said that the incident happened on Monday when the bandits who were on motorcycles invaded the villages with the intention of abducting the villagers but were attacked by the villagers, Punch reported.

According to Mamman, the villagers engaged in a fight with the bandits for several hours after which the bandits opened fire on the residents leaving six people dead and many injured.

“When the bandits realised that they could not succeed in their nefarious activity, they opened fire and killed six people, injured many before they moved to a nearby village called Rayau.

“In Rayau village, the bandits also faced similar challenges from the villagers who were battle-ready on receiving the report of what happened in Dutsin Gari village.

“The villagers came out in their large numbers and engaged the bandits in a gun battle where two of the villagers lost their lives and the bandits left without abducting anybody.”, Mamman said.

The angry bandits also set many houses on fire and took away domestic animals and all efforts to reach the police spokesperson, Mohammed Shehu failed.

ALSO READ:  Four Bandit Pioneers Apologize In Katsina, Give Up Their Arms and Ammo