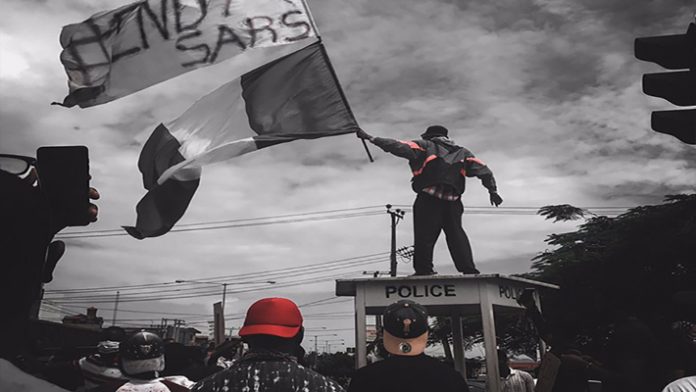 An FCT High Court in Kubwa, Abuja, has granted an application for stay of proceedings in a case between controversial lawyer Kenechukwu Okeke and 50 prominent Nigerians accused of championing the historic #EndSARS protests last year.

Justice Bello Kawu in his ruling on Wednesday, granted the prayers of the applicants who had, among other things, sought an order of the court restraining the Nigeria Police Force, and the Abuja police commissioner from arresting or taking further steps against them on the matter.

This followed an application filed by one of the counsels to the applicants, Samuel Ihensekhien Jnr.

Mr. Okeke, the controversial Abuja-based lawyer had last November filed a criminal complaint against rights activists Deji Adeyanju and Aisha Yesufu, as well as popular singer Davido and preacher Sam Adeyemi among others, at an Abuja magistrate’s court in Wuse.

The lawyer had sought punishment for the prominent personalities, who also included Tiwa Savage, Feyikemi Abudu, Wizkid and Dipo Awojide, for their roles in enhancing advocacy for the now rested protests against decades of police atrocities against citizens.

A chief magistrate in Abuja, Omolola Akindele, had directed the Abuja police commissioner Bala Ciroma to investigate the activists.

The lawsuit, which had sparked public outrage, was widely perceived as an ill-fated scheme to silence the plurality of Nigerians.

ALSO READ:  Davido Reacts To Eedris Abdulkareems Interview After He Praised Him As The 'Odogwu'; His Reply Would Shock You