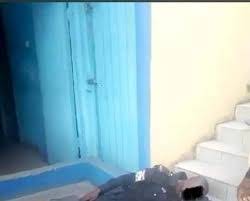 On Monday, at about 10:00am, hoodlums attacked 97 police officers of the Rapid Response Squad (RRS) at the Adekunle area of Yaba, Lagos State leaving 19 of the officers hospitalized as a result of injuries they sustained.

According to reports, the policemen, who were in a convoy on their way to Victoria Island, to relieve their colleagues who had worked overnight, were reportedly attacked by the hoodlums said to armed with cutlasses, broken bottles, iron rods, planks and other dangerous weapons.

Confirming the incident, Muyiwa Adejobi, spokesman to the police stated that the protest is gradually becoming violent.

Condemning the attack, the Commissioner of Police, Hakeem Odumosu, urged officers and men of the command to remain calm.

ALSO READ:  Sultan of Sokoto - North is the worst place to live in Nigeria