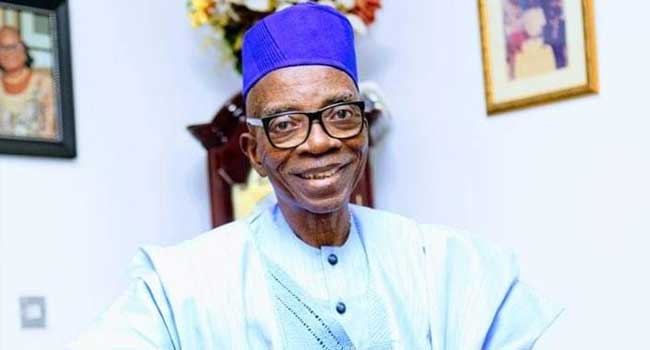 Former Minister of Finance, Jubril Martins-Kuye on Sunday died at his Ago Iwoye residence in Ogun State.

Martins-Kuye, a former Nigerian senator who also served twice as a federal minister, passed away at the age of 79 after a brief sickness.

Until his death, he was a politician of high repute, who represented Ogun East senatorial district of Ogun State under the Social Democratic Party in the third republic.

He was also a governorship candidate under the Peoples Democratic Party in 1999 but lost to Olusegun Osoba of the Alliance for Democracy party (AD).

The former minister was born on the 16th of August 1942, in Ago Iwoye, Ijebu Igbo local government of Ogun East senatorial district of the state.

The senator representing Ogun East Senatorial District, Lekan Mustapha, described his death as a great loss to the state and Nigeria in general.

“We have lost a patriotic Nigerian who during his lifetime contributed immensely to the stability of our nation. This is a huge loss to us all. His wealth of experience will be greatly missed,” he said.

The lawmaker prayed that the Almighty God would grant eternal repose to the elder statesman’s soul and fortitude to the family and the nation at large to bear this irreparable loss.

ALSO READ:  If Truly your Weightloss Pills work then use me as a project- Actress Eniola Badmus