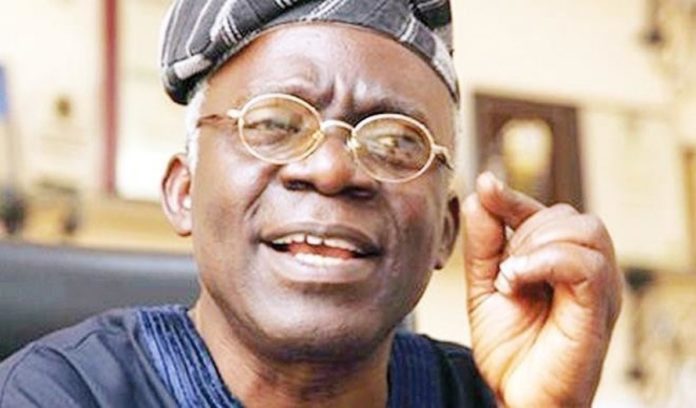 Mr. Femi Falana on Friday accused the various levels of government in Nigeria of lack of transparency and accountability in the handling of the COVID-19 pandemic.

According to the Senior Advocate of Nigeria (SAN), Femi Falana the lackadaisical nature of the Nigerian government spans throughout all the levels of the government, notably the state governments.

Falana said this during a virtual event hosted by the Socio-Economic Rights and Accountability Project (SERAP), titled “COVID-19 spending: The role of students in holding federal and state governments to account.”

Falana said; “What happens at the Federal Government level, same goes for the states too.

“It is the same attitude of lackadaisical attitude. We spend money anyhow, we are not accountable to the people. It is the same picture you get all over the country.”

“Also in section 24 of the constitution, one of the duties of the citizens is to help law enforcement agencies to promote law and order in the country”, he said.

The lawyer further noted that citizens have the responsibility to demand accountability from their leaders and also fight against corruption.

He however submitted that Nigerian students are comfortable with the level of corrupt practiced in the country judging by their attitudes.

Falana made reference to the students’ response to activities affecting bodies that concern their institutions and their identity as a student.

“Students haven’t joined the campaign of ASUU or NASU or another campus union to fight corruption on the campuses”, he said.