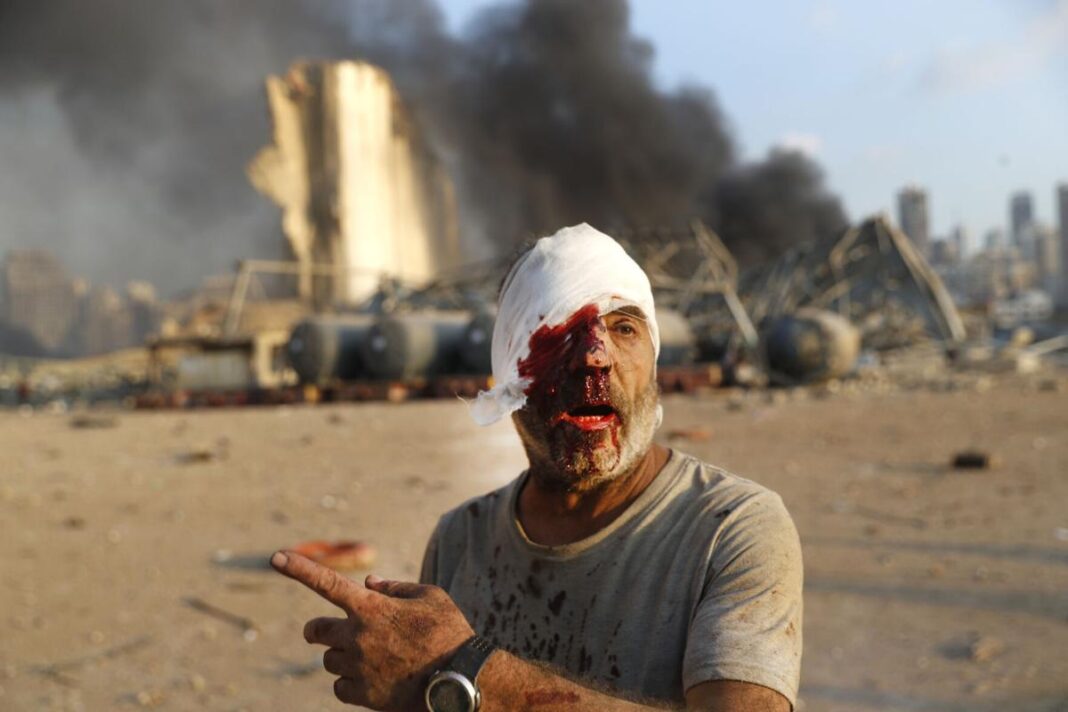 Lebanon Explosion is the biggest hit in Beirut the Nation’s capital. Lebanon’s explosion which occurred yesterday left the nation of Lebanon in a devastating mood. The explosion in Beirut was so tragic; it’s the worst explosion that has ever happened in the Lebanese capital. A father was seen on CCTV trying to find a hiding place for the son, it was so emotional as they struggle between life and death.

Watch the clip below ;

ALSO READ:  He didnt deserve to die - Kim Kardashian mourns death row inmate Nathaniel Woods as he is executed despite attempts to save him