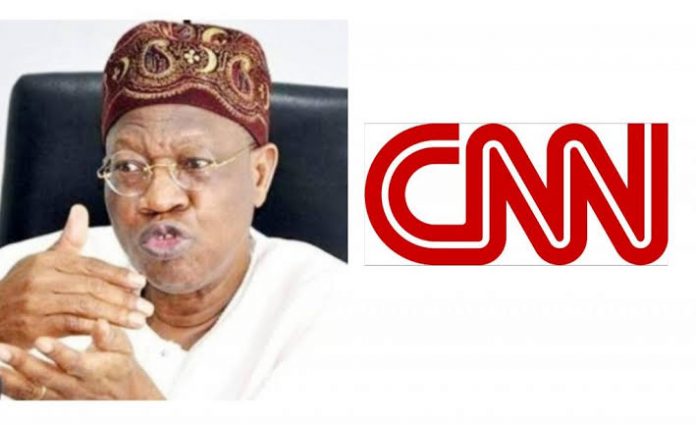 The Federal Government has said that international media house, CNN, should be sanctioned over its investigative report on the October 20 shooting that took place at the Lekki tollgate where #EndSARS protesters had gathered to demand an end to police brutality.

On Wednesday, November 18, the international media house shared an in-depth report of its investigation on the incident. The report showed videos of what appears to be soldiers shooting directly at the protesters. CNN in its report said investigations showed that live ammunition was fired at the protesters. The media house also spoke with one Elisha Sunday who claimed his brother was killed in the incident.

Reacting to the report at a press conference on Thursday November19, Lai Mohammed who spoke on behalf of the Federal government, said the report was one-dimensional and lacked balance.

Describing the report as “irresponsible journalism”, he alleged that CNN relied on social media videos without verification to produce its report.

“This should earn CNN a serious sanction for irresponsible reporting,” Mohammed said.

The Minister added that the Federal government was standing by testimony given by the Commander of 81 Military Intelligence Brigade, Victoria Island, Lagos, Brig. Gen. Ahmed Taiwo, who told the Judicial Panel of Inquiry instituted by the Lagos State Government last Saturday, November 14, that the military officers who were at the tollgate on that day, fired blank bullets.