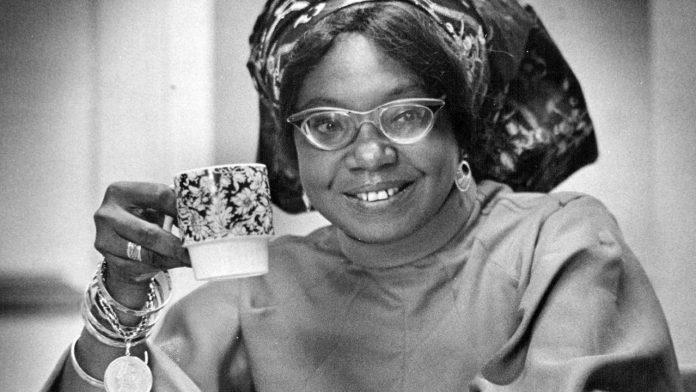 She was called the Mother of Modern African Literature.

The Great Author going through school at a young age, gained admission into University College, Ibadan in 1953 at the age of 22. Upon Graduation, at the age of 26, she headed to Scotland to earn a diploma in Education.

After her Education in Scotland, she landed a teaching job at Queens College Enugu where she had time to pursue other interests and so she wrote short stories.

In the process of pursuing her dreams, she sent one of her stories to Chinua achebe, Nigeria’s International Literary Figure who gave her a positive feedback and money to go to publisher Heinemann.

However, at the age of 30 in the year 1966, Florence’s first novel called EFURU put her on the International spotlight making her the first African woman to have her novel published in English language in Britain.

Fastforward to the civil war, after it ended (1967 to 1970) that led to the death of millions of Nigerians she dedicated her time to helping refugees and orphans.

In 1970, she shifted her focus slightly she became one of Africa’s first women publishers after she founded TANA PRESS with one of her objectives as:

” To inform and educate women all over the world, especially feminists ( both with capital F and small f) about the role of women in Nigeria, thier economic independence, their relationship with their husbands and children, their traditional beliefs and their status in the community as a whole.”

Being a feminist, she used her books especially her book called OGBUEFI (1978) to speak up against the patriarchal society.