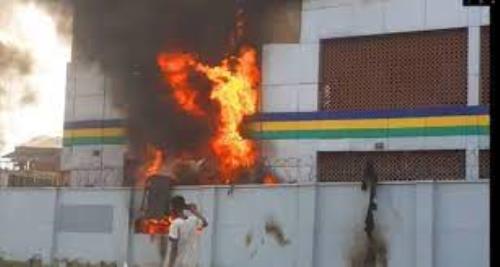 Some unidentified gunmen according to reports freed suspects as they burnt down a Police Station in Imo State.

The visit of the Vice President was due to the attack on Monday, April 5 on the correctional centre in the State as well as the Police headquaters.

The gunmen reportedly set free all the suspects in detention before setting the building on fire.