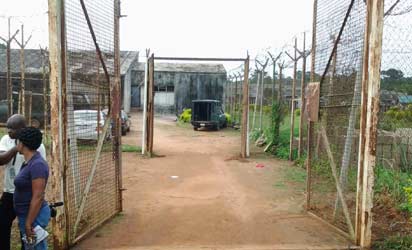 At the National Correctional Service centre in Okitipupa, headquarters of Okitipupa Local Government Area of Ondo State, 58 inmates have been released by hoodlums.

Confirming the incident, Barr Ogundare Babatunde, spokesman for the Ondo State Command of the NCS, stated that;

“When they first came, the security agencies around appealed to them not to carry out the attack, so they went back but later they reinforced, over a thousand of them, overwhelmed the soldiers and the NSCDC officer who are trying to stop them.

“They broke the wall of the place, they broke into four out of the six cells and burnt them down. They set ablaze the van on the premises and some of our machines were destroyed. They also forcefully released all the 58 inmates.”