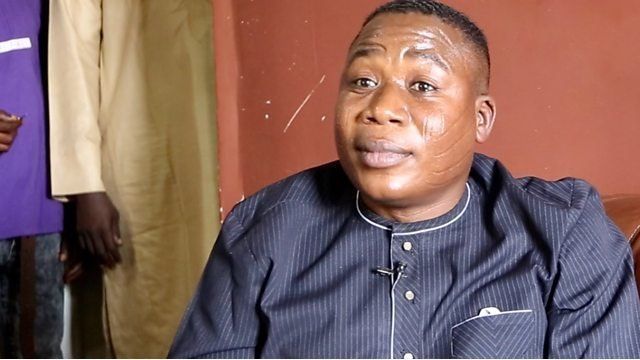 Yoruba rights activist, Sunday Igboho, has demanded N500million from the Federal Government as reparation for the recent destruction of his home and cars.

His lawyer, Chief Yomi Aliyu SAN, is also demanding for public apology from the State Security Service for the unconstitutional invasion of Sunday’s residence on Thursday July 1, 2021.

In a statement on Saturday, July 3, his lawyer said,

“Our client’s house is a 5-bedroom duplex with 5 chalets of 2 and 3 bedrooms. These were totally damaged with operatives allegedly arguing on whether to burn down the edifice as done to his former palatial house.

One thousand euro, two million naira, expensive jewelry worth millions, travel documents, amulets, iPhone 12 belonging to him, phones of about 15 others living in the house, including those killed by the raiders and other belongings yet to be identified belonging to his wives were carted away.

The only guns were those of the police escorts of his guests! More importantly, the DSS and other operatives that raided the house said they came to arrest Sunday Igboho but ended up arresting innocent people in lieu of him. Apart from being a serious violation of these peoples’ constitutional rights, it is an assault on S. 7 of ACJA and decisions of our courts in that regard.

We hereby demand that the Federal Government orders an investigation into the actions of the various security operatives led by DSS that raided Chief Sunday Adeyemo’s house with a view to sanctioning them and release all the innocent people arrested and compensate the families of those murdered.

ALSO READ:  Falz Reacts To The Statements Released By The FG On The Lekki Toll Gate Shooting

Our client should also be paid N500million as reparation for damage to his exotic cars that include Mercedes Benz G-Class and 2019 Lexus Car. We also demand a public apology. Most importantly, trampling of our client’s fundamental rights, including tagging him as criminal by exhibiting DSS guns as his should stop forthwith.”