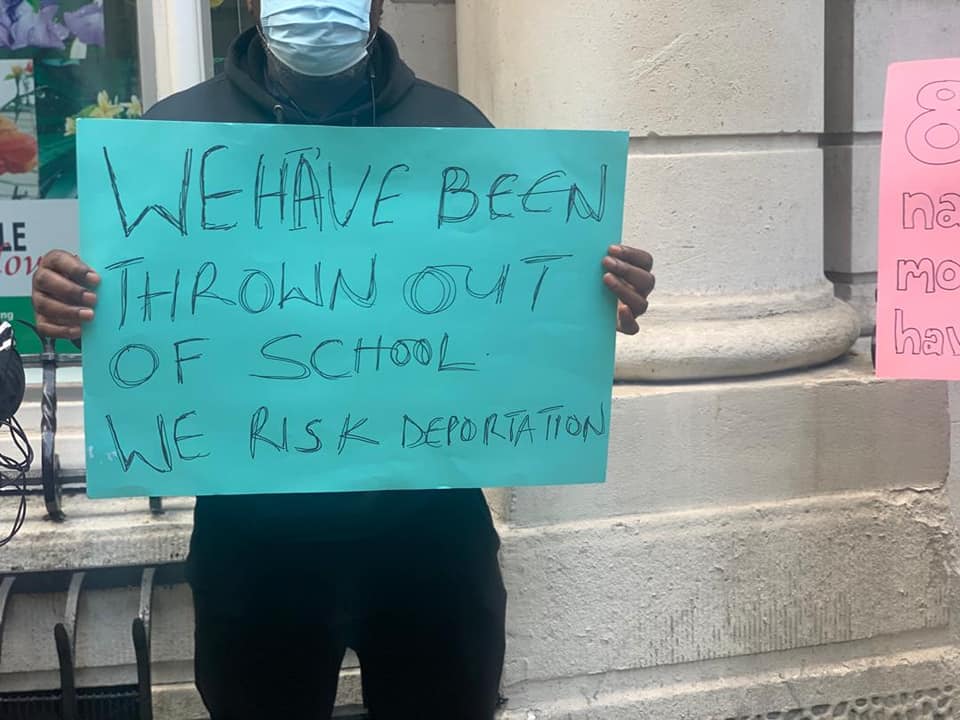 On Monday, Nigerian Students, who were sponsored abroad in 2018 for further studies by the Niger Delta Development Commission held a fresh protest over the non-release of funds for their scholarship.

The 94 scholars were seen displaying placards with various inscriptions as they gathered in front of the Nigeria High Commission in London, United Kingdom.

According to one of the scholars;

“We are here to protest the non-payment of our school fees and allowance for the past two years. We have carried out a series of protests at this embassy but unfortunately, there was no positive response from the NDDC.

“They said our payment will be made by October 12th after the verification exercise has been concluded. From then till now, our tuition fees and upkeep have not been paid. They keep promising us on a weekly basis. We are tired of all these fake promises,”

ALSO READ:  MAD OOH: Couples Told To Have S*x With Mask On By UK Government As A Means To Combat COVID-19