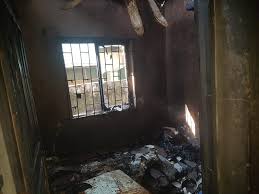 According to reports, the two wives were living separately and it happened that on the fateful day, the jealous first wife went to Fatima’s house and beat her to a very bad state before setting the house on fire.

According to Islamic rites, she would be buried today, March 24th