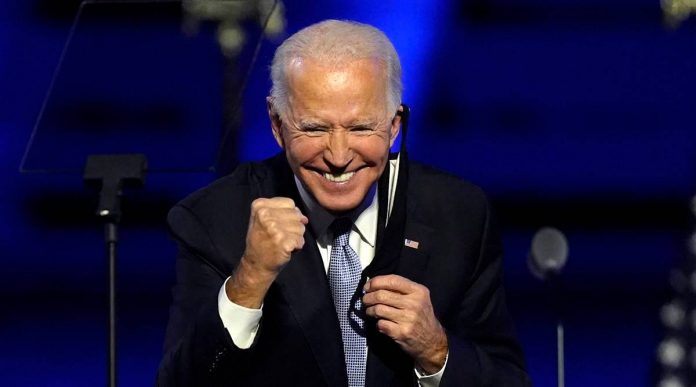 The 538 members of the US Electoral College will meet today to cast their votes on behalf of the 50 states and the District of Columbia to formally confirm Joe Biden as the 46th president and California Sen. Kamala Harris as vice president.

The Democrat candidate amassed a record-breaking 81.3 million votes with 306 of the 538 electoral votes, while the Republican president had 74.2 million with 232 in the November election.

after this confirmation by the US Electoral College, Biden will deliver a speech to celebrate the latest confirmation of his win in the evening despite attempts by President Donald Trump to overturn the November 3 presidential election results.

Meanwhile, Donald Trump who is still the legal occupant of the White House until January 20, has continued to make baseless assertions that the November vote was the “MOST CORRUPT ELECTION IN U.S. HISTORY,” in one of his latest tweet on Sunday.

He added: “How do states and politicians confirm an election where corruption and irregularities are documented throughout?”

Last month, Trump said he would leave the White House if the electoral college votes for Mr. Biden, but has since made an unprecedented campaign to overturn his defeat, filing numerous lawsuits challenging state vote counts.

On Friday, the US Supreme Court dismissed a lawsuit filed by Texas that sought to

invalidate the results in four states that Mr. Biden won.