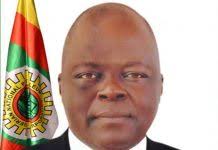 According to a statement issued by the corporation’s spokesperson, Kennie Obateru on Monday confirmed the death of Mr. Dawha who passed on after a brief illness.

Also confirming his death is Mele Kyari, the Managing Director of NNPC who expressed his shock over the passing away of Mr. Dawha and described his death as a loss not only to the corporation but also to the world.