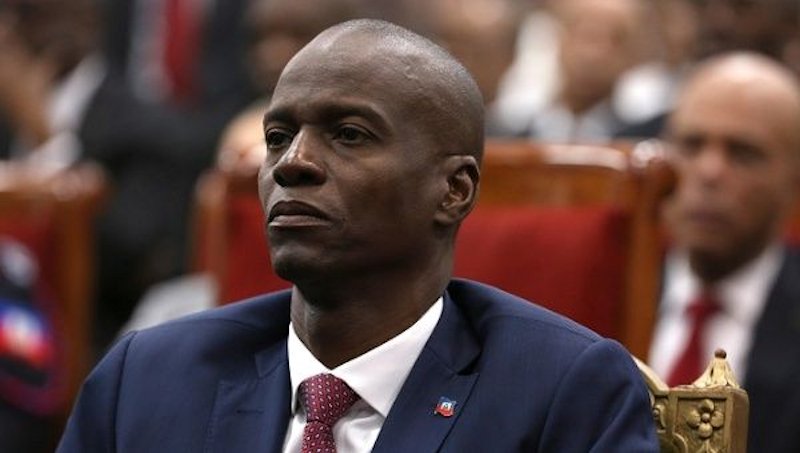 Haiti President, Jovenel Moïse has been assassinated in his home by a group of armed men

Speaking on a local radio station, the prime minister said the attack was carried out by an “armed commando group” that included foreign elements.

Joseph said in a statement quoted in media outlets;

“Around one o’clock in the morning, during the night of Tuesday 6th to Wednesday 7th of July 2021, a group of unidentified individuals, including some speaking Spanish, attacked the private residence of the president and fatally injured the head of state.”

The Prime Minister added that “all measures are being taken to guarantee the continuity of the state and to protect the nation.”

The attack occurred amid a rising wave of politically linked violence in the impoverished Caribbean nation. The nation of more than 11 million people had grown increasingly unstable and disgruntled under Moïse’s rule.

Its economic, political and social woes have deepened, with gang violence spiking heavily in the capital of Port-au-Prince, inflation spiraling and food and fuel becoming scarcer at times in a country where 60% of the population makes less than $2 a day. These troubles come as Haiti still tries to recover from the devastating 2010 earthquake and Hurricane Matthew that struck in 2016.

53-year-old Moïse had been ruling by decree for more than two years after the country failed to hold elections, which led to Parliament being dissolved. Opposition leaders have accused him of seeking to increase his power, including approving a decree that limited the powers of a court that audits government contracts and another that created an intelligence agency that answers only to the President