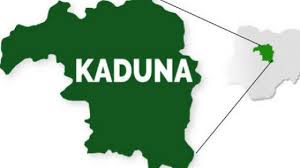 In Danbushiya Area of Millennium City, Chikun Local Government Area of Kaduna State, some armed men have kidnapped over 20 people and killed one.

According to an eye witness, the gunmen invaded the area at about 9:30pm on Sunday who are suspected to be kidnappers but appeared in the form of security personnels to carry out such an evil and wicked act.

“As you can see, this is my stall, I sell traditional medicine here. I have been here for the past nine years, when this area was not even this developed, but I can tell you, I have never seen this type of evil before.”

“Because of these street lights, I sometimes close late from here. But that day, I closed after the 8:00pm prayer, I was in front of my house, see the house over there. All of a sudden, around 9:30pm, I saw people in military and police uniforms. They stayed just by that bridge, and started checking vehicles, motorcycles and even pedestrians.”

“But, I started suspecting that, they were fake security personnel when, they started shouting at a motorist to come out of his car and lie down and they started stepping on him. At that point, they were stopping everyone that came to pass, they were no longer selecting, maybe they had realised that, people had suspected that, they are kidnappers.”

“Then, they started marching people into that uncompleted building, while the rest of them waited on the road to pick more people that was when they started shooting. At that, point, I had to go into hiding. They were many, they were up to 15, with big guns in their hands like those of police,” .

He also said that one of the victims escaped when they were been marched into the uncompleted building, when another victim tried to do same he was killed on the spot.