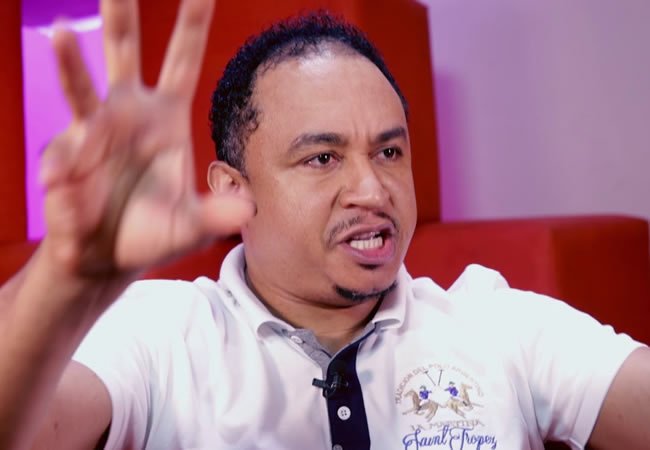 Media Personality, Daddy Freeze released a video of a foreign preacher who spoke on the King James version of the Bible and said the King James is the most useless bible translation that ever existed.

In a caption, he said;

“If you use King James version to define your faith, you’ll worship demons.”