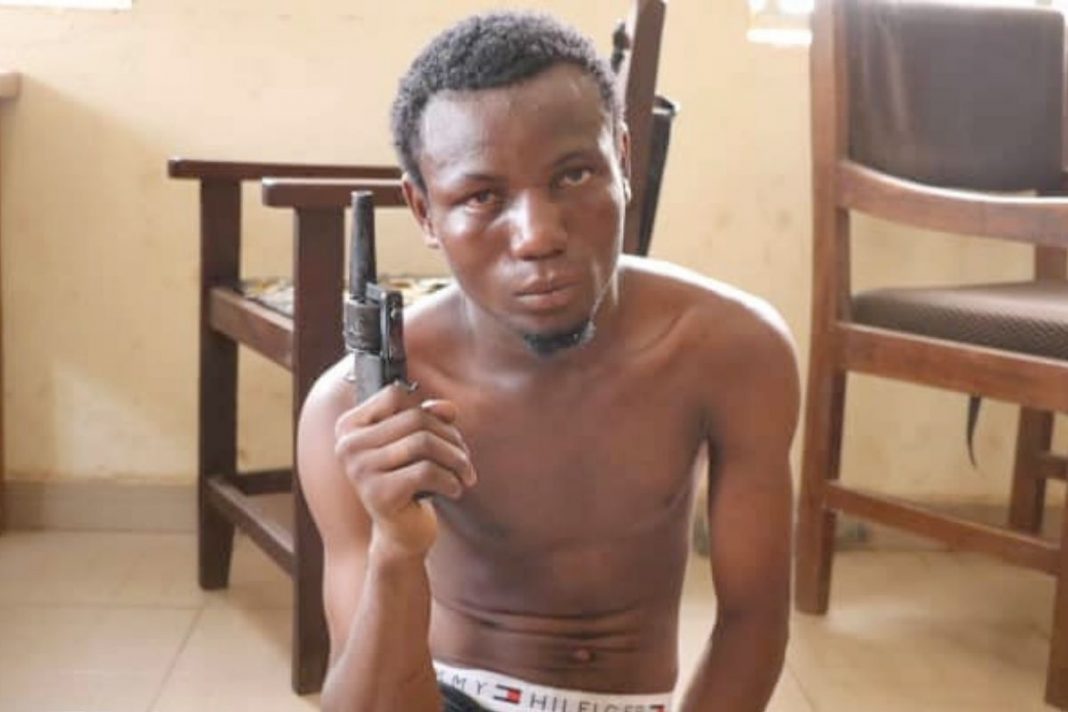 A Magistrate Court sitting in Lokoja has sentenced a student of Kogi State Polytechnic identified as Shehu Tenimu Mohammed to 8 years imprisonment for illegal possession of firearms and unlawful association.

The ND II student of the Department of Public Administration, was nabbed with a locally fabricated revolver pistol and five rounds of live ammunition while making his way through the main entrance of the Polytechnic on Friday, April 9, 2021.

Delivering his Judgement on Tuesday, July 6, the trial judge, Justice Mohammed convicted the suspect on the three-count charge having pleaded guilty to the offences in the charge sheet, and also fined him the sum of Eight thousand Naira.

Barr. Samuel Ikutanwa, the prosecuting counsel at the hearing had demanded the charges to be read to the hearing of the accused person, who pleaded guilty to committing the offences of unlawful association, possession of firearms and a member of a cult group.

ALSO READ:  When The Time Comes, I Will Not Disappoint Nigerians Asking Me To Run For President- Yahaya Bello