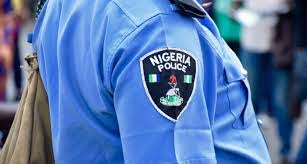 Six Police men in Kwara State have been dismissed for acts of misconduct.

Also speaking, he said that the cases of police extortion has reduced.

“Please, talk with your men not to copy what’s happening elsewhere in the country, particularly, as it concerned current spate of insecurity in many parts of the country. You can see that it is no longer#Endsars protest again with the level of destruction and looting going on in some places in the country. It looks like a new agenda by the criminal elements. They loot armoury to get gun in order to commit atrocities after this time. We should discourage that and be careful with kind of information we access on social media. Fake reports that can cause disunity and chaos are being circulated. We have to be careful.”

ALSO READ:  'It's A Naked Effort To Take Away The Democratic Rights Of American Citizens'- Biden's Campaign Manager Blasts Trump's Threat Of Going To Supreme Court