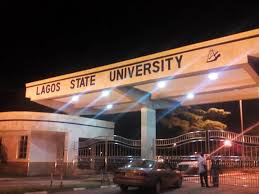 Lagos State University LASU is set to graguate a total of 8,959 graduates with 76 of them bagging first-class honours degree.

Vice Chancellor of the institution, Professor Olanrewaju Fagbohun, who briefed journalists on its 24th convocation ceremonies for the 2018/2019 academic session which will kick-off with a convocation cup competition for staff on March 20, said the ceremony will witness some infrastructure/street naming ceremony after individuals who have contributed immensely to LASU.

According to Prof. Olarenwaju, it will hold a convocation lecture titled, ‘The Future of Developing Economies in a Digital World to be delivered by the President, African Export-Import Bank (Afreximbank), Professor Benedict Okey on March 26. Former Emir of Kano, Sanusi Lamido Sanusi, is expected to chair the occasion.

A breakdown of other classes of degrees showed that a total of 1,183 had Second Class Upper division, 4,494 had second class lower, 418 finished with third class honours, while 26 had pass.

For the higher degrees, the institution will confer a total of 35 doctorate degrees, 1034 professional masters, 664 academic masters degree and 887 postgraduate diplomas.