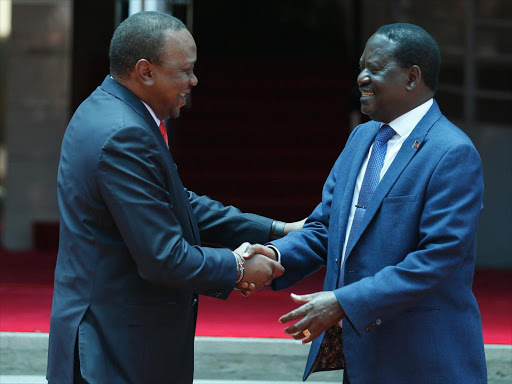 Mbadi’s remarks come after talks of a possible coalition between Jubilee and Kanu after President Uhuru Kenyatta met with Kanu chair Gideon Moi. Mbadi said that the agreement between ODM and Jubilee party was that each party should not dictate what the other party does.
He, however, said that if Jubilee party would like to make a further arrangement with ODM ahead of the future elections, the party will discuss it.
ODM chairman John Mbadi has ruled out the possibility that the coalition between the Jubilee party and Kanu will negatively affect the close relationship between President Uhuru Kenyatta and ODM leader Raila Odinga.

Mbadi said that the merger will instead strengthen the handshake which brought together the two leaders after the divisive 2017 general election.

Speaking to K24 on Monday, Mbadi said that the agreement between ODM and Jubilee party was that each party should not dictate what the other party does.

“If Jubilee decides to go to any merger with Kanu, they are perfectly in order because it is not part of our concern,” Mbadi said.

He added that “Bringing more hands into Jubilee is helpful to the cause of both Jubilee and ODM.. at least for the two leaders who agreed to move this country forward. I don’t think as a party we feel threatened in any way with any arrangements that Jubilee gets into with any friendly party.”

Mbadi was responding to the current turmoil inside the Jubilee house.