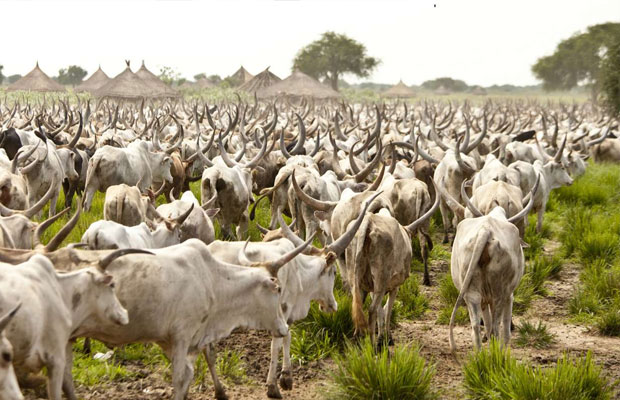 The Dinka people are an ethnic group native to South Sudan whose language is called ”Dinka”. These group of people indulge in traditional agriculture relying on cattle husbandry as a matter of cultural pride, not as a source of commercial profit or meat, but as a means to perform cultural demonstrations, rituals, marriage dowries and milk feedings for people of all ages.

According to 2008 Sudan census, they number 4.5 million people. They refer to themselves as Muonyjang (singular) and jieng (plural). They have a unique feature which is their height and they are referred to the tallest people in Africa.

The people have no centralised political authority, they have clans who provide  ritual chiefs, known as the “masters of the fishing spear”.

A large number of Dinka people have converted to Christianity and are learning how to adapt or reject ancient religious practices and rituals to match Christian teachings.

Age is an important factor in Dinka culture, with young men being inducted into adulthood through an initiation ordeal which includes marking the forehead with a sharp object. Also during this ceremony they acquire a second cow-colour name. The Dinka believe they derive religious power from nature and the world around them, rather than from a religious tome.

When it comes to marriage for this people, the groom must be ready to give cattle. The bride price is always paid with cows and the number of cows depends on many factors. These factors include height, the taller the girl the more the number of cows and also the competition between suitors, if the bride has a lot of suitors, then the highest bidder takes the girl.