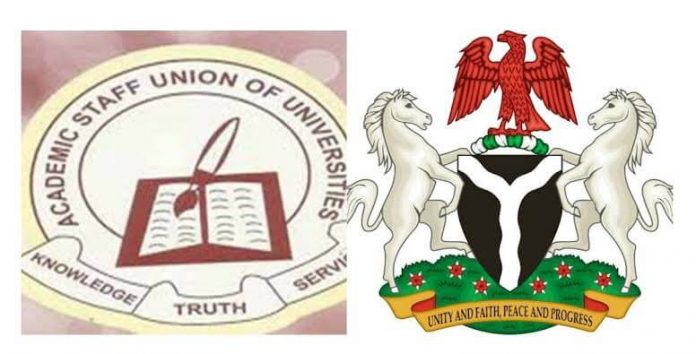 Federal Government and the leadership of the Academic Staff Union of Universities (ASUU) meeting on resolution of the resolution of the strike action by academics was cancelled on Monday December 14, for the second time in a row.

No reason was given for the cancellation of the parley scheduled to discuss the union’s current strike, it was however learnt that ASUU was still consulting with its organs on the latest offer by the Federal Government to the striking university teachers.

Deputy Director of Press and Public Relations in the Federal Ministry of Labour and Employment, Mr. Charles Akpan, announced the postponement in a text message.

“Good morning, colleagues. Please, note that the meeting with ASUU, earlier scheduled for today (yesterday), is canceled. The inauguration of the technical committee on PMS is as scheduled.”

ASUU President, Prof. Biodun Ogunyemi on his own part said the union’s leadership did not agree on any meeting with the government as consultations on both sides were still ongoing.

“We never actually agreed on any meeting. What we said was due consultations, and consultations are going on at the two levels. We believe the government’s side is also consulting. That’s why the meeting has not held.

“So, consultations are going on. Thank you.”

ALSO READ:  Davido Reacts To Eedris Abdulkareems Interview After He Praised Him As The 'Odogwu'; His Reply Would Shock You