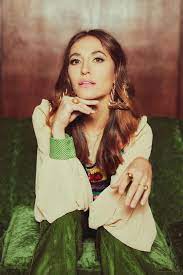 Multi-platinum recording artist and two times grammy Award Winner, Lauren Daigle has released an amazing video of her song titled: Hold On to me

According to the her : Each room within this video is actually connected to different charities and causes that I’m so excited to be raising funds with over the next several months. All proceeds from this ongoing fundraiser will be divided evenly among the organizations to aid in their incredible work.

Lauren Ashley Daigle is an American contemporary Christian music singer and songwriter. After being signed to the label Centricity Music, she released her debut album, How Can It Be, in 2015

Lauren Daigle has reigned on the Billboard Charts, her album debuted at No. 3 on the Top 200 Albums chart making Daigle the first female artist to simultaneously hit the Top 10 on both Billboard’s Pop and Christian Billboard Album Charts.