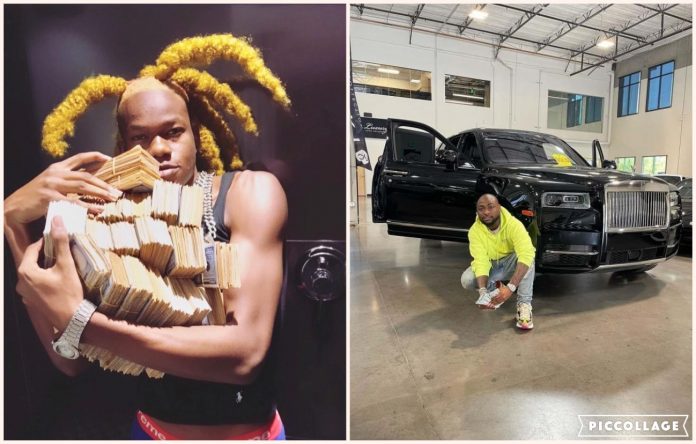 NBA Geeboy, a Nigerian music artist located in the United States, has called for calm following the purchasing of Davido’s brand new Rolls Royce, which is said to be valued at over N140 million.
NBA Geeboy, who previously chastised the Afrobeat artist for stealing his catch, has now criticized him again over his new whip.
He stated on Instagram that Davido’s automobile is nothing he can’t afford, claiming that his microwave is worth more than the expensive vehicle.

“Y’all stop calling me out cos David copped a whip..my microwave buy that niggaz whip and leave change on gaaad,” he wrote.

In the caption, he added, “You wanna see my microwave? B*tch ass niggaz!”

John Obi Mikel, The Nigerian Footballer, Has Been Named Stoke City’s Top Ball-Winner For The 2020-2021 Season.