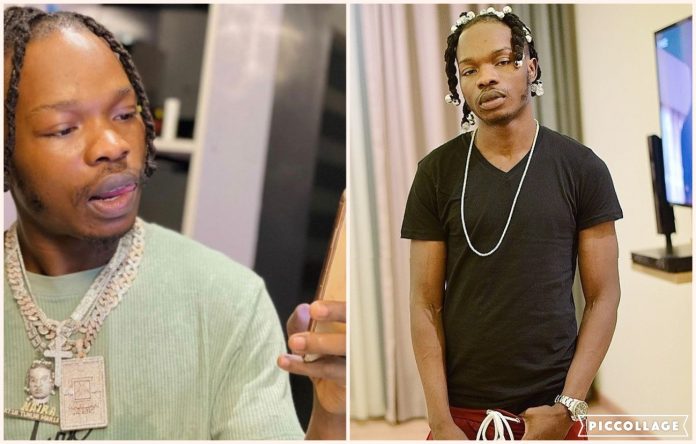 Naira Marley, a renowned artist, responds to the outrage that followed his public disclosure of a wish he intends to realize someday.
Naira Marley has shown interest in sleeping with a mother and daughter together on his social media profile.

This alleged fantasy, on the other hand, did not sit well with some of his fans, who lambasted the musician for publicly airing such a “disgusting view.”

Naira defends himself in a series of tweets, claiming that nothing prevents him from making such decisions as long as they are lawful and consensual.

Kemi Olunloyo Mocks Don Jazzy – “Another Man Has Taken Her, A Single Man Like You Wasting Time”

DJ Cuppy Express Disappointment After Being Told To Pay $3,636.36 For A Portrait Of Herself