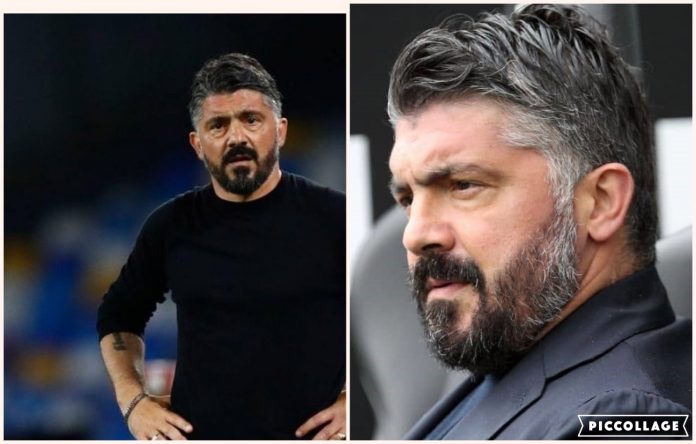 Napoli’s coach, Gennaro Gattuso, has been fired after the team failed to qualify for the Champions League despite finishing fifth in Serie A.
Gattuso’s team was restricted to a 1-1 draw at home by mid-table Hellas Verona on the final day of the season, while Juventus cruised to a 4-1 victory to leapfrog Napoli in the Serie A table.

As a result, Napoli will compete in the Europa League next season.
On Twitter, Napoli chairman Aurelio De Laurentiis confirmed Gattuso’s departure, writing: “Dear Rino, I’m glad I got to spend the last two seasons with you.

“I thank you for your efforts and wish you success in your future endeavors.”

“You Are A Disgrace,” Rosy Meurer Said In Response To Comment About Ladies And Marital Urgency

“I’ve Been Telling You For A While Now, That Girl Is Insane” – Vee Sneers At Nengi, Who Reacts

ALSO READ:  Betty Irabor writes Against women leaving in abusive relationships as she says "Till death do us part does not mean that you stay on till you die"