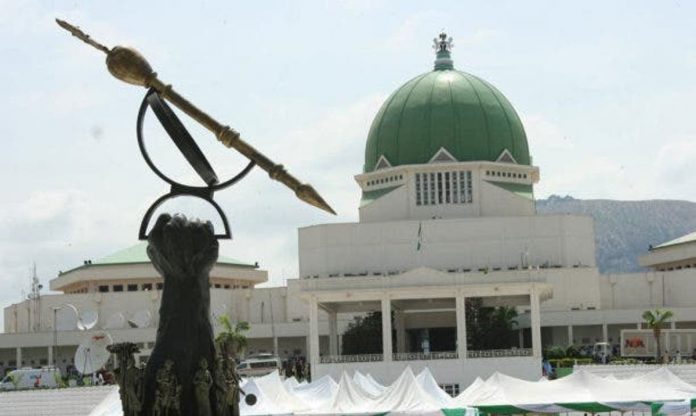 The Nigerian Electricity Regulatory Commission (NERC) has been urged by the National Assembly to quit its review on the June Electricity Hike.

On Thursday, The Assembly at a plenary adopted a motion moved by Aniekan Umanah titled: ‘Call on the Nigerian Electricity Regulatory Commission to Suspend the Proposed Increase in Electricity Tariff’.

The House urged the Federal Government to direct NERC to “rescind the decision to further increase electricity tariff proposed for June 2021 in view of the hard times Nigerian masses are currently going through.”

The House further mandated its committees on Power, Poverty Alleviation, and Labour, Employment and Productivity to ensure compliance with the resolution.

“The House is aware that despite those increases, Nigerians have not enjoyed significant improvement in power generation, instead they daily grapple with epileptic services from the Discos and unilateral exploitation in the name of estimated billing arising from non-metering of over 50 per cent of consumers.

“The House observes that poor services by the Discos have impacted negatively on the socio-economic growth of the country as the International Monetary Fund Report of 2020 on Nigeria indicated that the manufacturing sector lost over $200bn to inadequate power supply, while $21bn was said to have been spent by Nigerians on generators within the period under review.

“The House further observes that the Nigerian masses have gone through so much hardship in recent times arising from acts of terrorism, banditry, kidnappings, and farmers herdsmen’s crisis with its toll on agricultural activities, displacement from ancestral homes, loss of loved ones, starvation arising from inability to return to daily occupation and loss of personal properties running into several million of naira.”

ALSO READ:  The FG Has Agreed To Hold A Crucial Meeting With Members Of The Organised Labour Over Hike In Petrol, Electricity

“The House is concerned that at a time governments all over the world are adopting measures to cushion the devastating effects of the dreaded COVID-19 pandemic on their citizens by providing a wide range of palliatives to losses of loved ones, jobs, businesses and general distortion in the social life, NERC is tinkering with the idea of a further increase in electricity tariff after that of 1 January, 2021, in a country where two-thirds of the 200 million population is grappling with the crippling effects of the pandemic.”

The lawmakers consequently resolved to mandate the House Committee on Power to “engage the distribution companies and other relevant regulatory agencies to find a lasting solution and report within four weeks.”