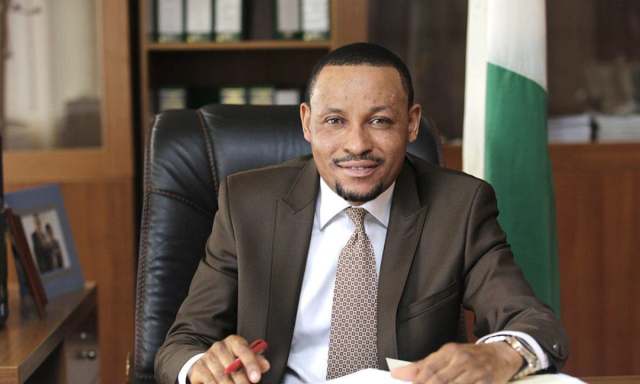 Recall that on the 29th of March Mr Danladi Umar, the Chairman of the Code of Conduct Tribunal was seen in a viral video  assaulting a security guard, Mr Clement Sagwak, at the Banex Plaza, Abuja.

Due to this act, there has been a high number of requests and petitions to remove and prosecute Danladi. Amongst those asking for his removal is the National Association of Seadogs (Pyrates Confraternity).

Mr Abiola Owoaje, The Capoon of the confraternity speaking in a statement titled: ‘Danladi Umar is No Longer Fit For Public Office’ said;

“illustrates an unambiguous example of lawlessness, arrogant disdain for public morality and the violation of rights and dignity of a private citizen.”

“Mr Umar has clearly demonstrated an inability to uphold the high standards, in personal and public conduct, expected of judicial officers, which his office by the requirement of the law demands of others. His conduct has desecrated the office of the Chairman of CCT and has undermined public confidence in the ability of the Tribunal to hold public officials accountable for their misconduct. His position is therefore no longer tenable. He should resign his position immediately or be removed through the provisions enshrined in the Constitution lest the stench of his personal misconduct attract opprobrium to one of the hallowed pillars of governance.

“In addition, Mr Umar should be investigated for possible criminal prosecution since assault remains a criminal offence under our laws.

“The Federal Capital Territory Police Command should immediately unconditionally release Mr Peter Onyiuke, who is in their custody on the orders of Mr Umar.

ALSO READ:  He who wants to sleep with his father's wife should do so and not say she walked past him naked - Osita Chidoka mocks Umahi over excuse for defecting from PDP

“Both Messrs Onyiuke and Clement Sagwak should receive apologies for the infringement of their fundamental human rights and the officers responsible for these violations face appropriate disciplinary measures.

“This culture of impunity and arrogant disdain for the ordinary citizen and misuse of state power must stop. Enough is enough,”

Also Read: ”Unlawful Escape Is A Crime, But FG Is Willing To Grant Amnesty To Those Who Willingly Return”- Aregbesola