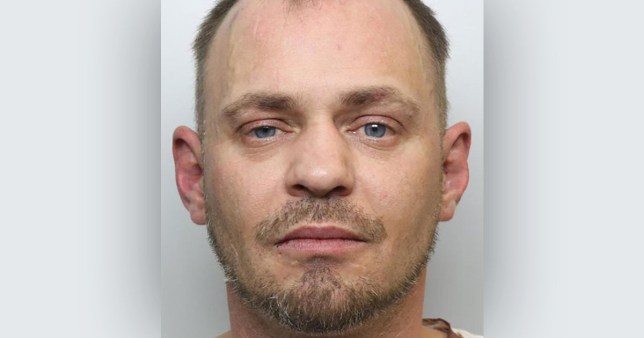 A man identified as Christopher Stafford-Tribble has been jailed after threatening to slit his girlfriend’s throat and attacking her friend with a metal pole after he became jealous of her speaking to a man on a night out.

Christopher from Newquay, Cornwall, dragged his girlfriend across the ground as she tried to escape the attack in the early hours of January 25. The victim told Leeds Crown Court that she feared she would die during the attack and that Stafford-Tribble had ‘destroyed’ her life ‘completely’ during the time they had been together.

Stafford-Tribble, his girlfriend, and her two friends had traveled to Leeds for a night out in the city center the day before. During the evening, Stafford-Tribble became angry after he saw his girlfriend talking to another man in the club. He confronted the man and was thrown out by doormen. But after he persisted to get back inside the premises, police were called and officers took him back to the property where they were renting in Morley, West Yorkshire.

Stafford-Tribble then left his girlfriend 48 missed calls and broke into the property. He also managed to access her Facebook account and changed her password, the court heard. The woman and the two friends returned to the house at 4.30am and found the door handle had been snapped. But there was no sign of Stafford-Tribble until he turned up outside the property at 7am and began shouting abuse.