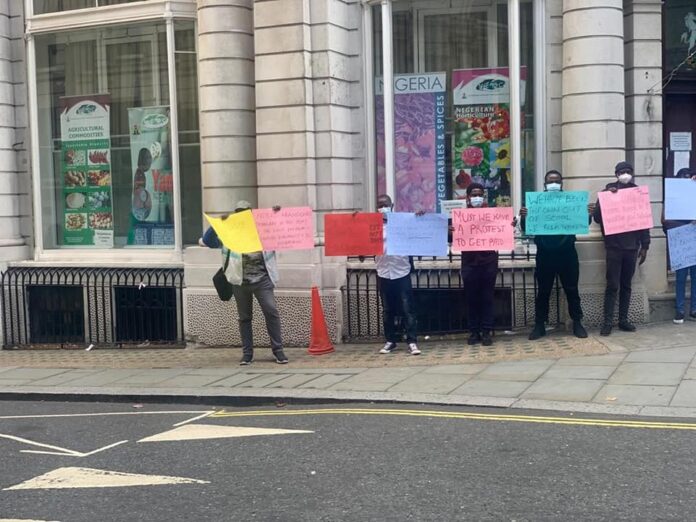 On August 3 outside the Nigerian High Commission in the United Kingdom, students on the Niger Delta Development Commission (NDDC) scholarship program staged a protest over the non-payment of their tuition fees by the commission.

The students who were awarded scholarships by the commission to study abroad have been left to their fate as they say NDDC has abandoned them and not paid their school fees.

According to them they have literally turned to beggars and taken to menial jobs to fend for themselves since they have been abandoned by the commission.